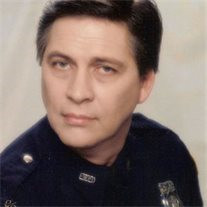 EULESS -- Stephen E. Mayo, a Fort Worth native, passed away Wednesday, Jan. 21, 2009. Stephen was born at home Aug. 27, 1949, to Alvin and Charlene Bohannon Mayo. While attending Trimble Tech, he traveled throughout Texas and the Southwest as a rock 'n' roll guitarist with the Van Dells. Steve returned to school full-time to become a certified aircraft mechanic. Determined to do his patriotic duty, he went to Vietnam as a civilian aviation technician. Steve loved speed, whether it was aircraft, high speed boat building or racing automobiles. After returning from Vietnam, he worked in technical craft at the Fort Worth Zoo, a position he called his dream job for an animal lover, until he met a badger who didn't agree. Throughout his life, Steve worked in the home building industry. In 1990, he took his advanced skills in construction to the city of Keller, where he began a new career as a city inspector. After passing the state certification exam for plumbing and mechanical inspector, he switched to the inspection department of the city of Irving, where he remained until his death. After 9/11, he participated in the classified training for homeland security and terrorism prevention and achieved the level of CHS IV certification, the highest level. Steve loved his job and enjoyed working with his colleagues who will sorely miss him. He served for 16 years as a reserve officer for the city of Fort Worth for which he received multiple citations and Congressional recognition and Fort Worth's Reserve Officer of the Year in 1991. Steve, particularly proud of his Choctaw heritage, was a very active member of the Nation who participated annually in the Trail of Tears re-enactment. Because he treated everyone with respect and kindness, he enjoyed a wide circle of supportive friends whom he loved. His greatest love was his wife, Shari. Everyone who knew them knew that theirs was a powerful love. Goofy, fun-loving and full of zest for life, Steve had a tremendous optimism when he was cruelly struck by cancer. Now he is in heaven joyfully reunited with his best friend since first grade, Harry Pilcher. Survivors: His adoring wife, Shari Julian Mayo; his son, Mathew Wayne Mayo; his stepsons, Maj. Jason Julian, attorney Jared Julian and Jeremy Julian; his wonderful daughters-in-law, Marianne Mayo, Kelli Julian and Stephanie Julian; his grandchildren, Brenna Mayo and Cassie, Ally, and Daxton Julian; a large and extended family; and wonderful supportive friends too numerous to mention.

EULESS -- Stephen E. Mayo, a Fort Worth native, passed away Wednesday, Jan. 21, 2009. Stephen was born at home Aug. 27, 1949, to Alvin and Charlene Bohannon Mayo. While attending Trimble Tech, he traveled throughout Texas and the Southwest... View Obituary & Service Information

The family of Mr Stephen Edsel Mayo created this Life Tributes page to make it easy to share your memories.

Send flowers to the Mayo family.