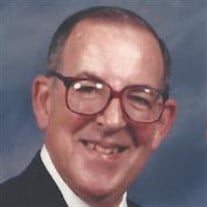 Robert Ray Kurz went on to his life’s next exciting adventure passing on June 29, 2020 at the age of 83. Per his wishes, Mr. Kurz will be cremated with remains installed within Ascension Garden of Arborlawn United Methodist Church. The church is located at 5001 Briarhaven Road, Fort Worth, Texas, 76109. There will be no funeral or other observance service, again by his request. Born on April 17, 1937, to loving parents Theo Kurz and Blanche Kale Kurz, he was the tenth and last child of the family which consisted of five males and five females. He arrived at Saint Mary’s Springs’ Hospital of Enid, Garfield County, Oklahoma. Mr. Kurz graduated from Enid High School in 1955 and from Phillip’s University in Enid in 1959 with a Bachelor’s Degree in Accounting and Economics. At mid-career, he completed the requirements of Oklahoma City University and was awarded the Master of Business Administration degree with major focus and emphasis on Finance. On January 24, 1957, Robert married Willa Jean Parker of Alva, Oklahoma whom he met and began dating while both were employed at F. W. Woolworth & Co. in Enid. After preliminary positions of employment at the Woolworth 5 and 10 cent store of Enid, he worked as a licensed real estate broker in Enid. Early in 1960 the family packed the car and with the first child’s toy chest and an ironing board attached to the top of the car, the three-member family headed west to Vallejo, California. Robert then commenced his career in the petroleum industry with Chevron Co. of Standard Oil of California in San Francisco as an accounting clerk. Moving back to Enid in 1963 to be nearer both families, Robert started in an accounting position with Champlin Oil & Refining Company, which through later mergers and acquisitions became Champlin Petroleum Company, then Celanese Corporation, the Union Pacific Resources Company, and ultimately Anadarko Petroleum Company of Houston, Texas. He was transferred from Enid to the Fort Worth Texas office of Union Pacific Resources in the early 1970s and the family made residence in Fort Worth. During his tenure at Champlin/Union Pacific Resources, he served in many different positions, among which were accountant, tax accountant, manager of income tax department, auditor, manager of internal audit department and manager of allocation and price control department. Within the scope of the listed positions, Mr. Kurz enjoyed much domestic and foreign travel opportunities. Until three years ago, Robert was a participating and supporting member of University Christian Church in Fort Worth. His religious life up to this point was active engagement with the Christian Church (Disciples of Christ). At University Christian he served as Deacon, Elder and lastly was honored to serve as greeter and Doorkeeper for the early Sunday worship service at University Christian. There were few Sundays that he did not attend both worship and Sunday School sessions each week. He taught a seventh-grade class for a good number of years. Three years ago, Mr. Kurz transferred his church affiliation to the Arborlawn United Methodist Church in Fort Worth. Having many and varied interests in life, he pursued interests in psychology, philosophy, art, writing, computing and Bible studies. He seemed to be addicted to learning as much as he could about different areas as possible. Also enjoyed were domestic travels, some guided, some freelance on his own. Mr. Kurz and his wife of 44 years, Willa Jean, were parents to three wonderful children, eight grandchildren and spouses, and two great-grandchildren. The survivors include son, Robert R. Kurz, Jr., wife Jan, and granddaughter Savanna Anelle of Fort Wort, TX; son Harold R. Kurz and wife Maria of Pearland, TX; grandson Brandon Kurz, wife Michelle, and great-grandchildren Colin and Kendall of Flower Mound, TX; grandson Brian Kurz of Houston, TX; grandson Cade Moller of Pearland, TX; daughter Angela Jean Bracken, husband Bryan, and grandsons Rayce Cole, Zach, Josh, and Drew Bracken of Burleson, TX. All of the children, grandchildren, and great-grandchildren brought much joy and sunshine to Mr. Kurz throughout his lifetime. At the time of passing, Robert’s parents preceded him in death as well as all his siblings. “Bob”, leaves behind many friends and acquaintances and they will be sorely missed. In lieu of flowers, the family requests donations be made to The Salvation Army or The Union Gospel Mission of Tarrant County.

Robert Ray Kurz went on to his life&#8217;s next exciting adventure passing on June 29, 2020 at the age of 83. Per his wishes, Mr. Kurz will be cremated with remains installed within Ascension Garden of Arborlawn United Methodist Church. The... View Obituary & Service Information

The family of Robert "Bob" Ray Kurz created this Life Tributes page to make it easy to share your memories.

Robert Ray Kurz went on to his life’s next exciting adventure...

Send flowers to the Kurz family.