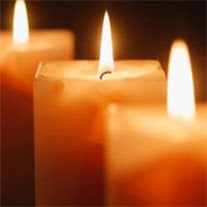 BURLESON -- Kenneth "Ken" Brunner, 92, son of Fred and Mary Heiden Brunner, went to be with the Lord on Saturday, July 5, 2014.Graveside service: Will be held at a later date.Ken was born Aug. 6, 1921, in Norwalk, Wis. His family then moved to Madison, Wis., where he grew up and graduated from Madison East High School. He then went to work for the Oscar Mayer Co. and retired in 1982 after 37 years of service as a supervisor. Ken and his wife, Mary, then relocated to Burleson to be closer to family, whom he was devoted to.Ken loved working and spending time with people and returned to work as a U.S. Department of Agriculture meat inspector until the age of 75. Ken served in the U.S. Merchant Marine during World War II. He often enjoyed sharing stories with friends and family about the many different countries he had the opportunity to visit during his service years.Ken was a faithful volunteer at Plaza Medical Center for many years and drove the senior citizen bus for the Burleson Senior Center. He enjoyed golf, dancing, meeting with his friends at the senior center and, most of all, spending time with family. Ken was a one-of-a-kind husband, father, grandfather and great-grandfather.He will be missed but remembered fondly by all who knew him."If my parting has left a void, then fill it with remembered joy." -- author unknownThe family would like to express their appreciation to Dr. Robert Shaw of Burleson, Texas for the care he provided to Kenneth and family over many years.Ken was preceded in death by the love of his life for over 50 years, Mary Elizabeth Spangler Brunner; and two brothers, Orin Brunner of Whitefish Bay, Wis., and Frederick Brunner of Princeton.Survivors: Daughter, Mary Swenson and husband, Randy; grandson, Brian Ely and wife, Tracie, and great-granddaughters, Emma and Ally, all of Burleson. He is also survived by his dog, Lady, who was his faithful companion.

BURLESON -- Kenneth "Ken" Brunner, 92, son of Fred and Mary Heiden Brunner, went to be with the Lord on Saturday, July 5, 2014.Graveside service: Will be held at a later date.Ken was born Aug. 6, 1921, in Norwalk, Wis. His family then moved... View Obituary & Service Information

The family of Kenneth William Brunner created this Life Tributes page to make it easy to share your memories.

Send flowers to the Brunner family.