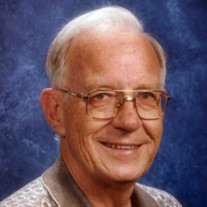 John Fred Weir, Jr., 88, passed away on January 2, 2022, at Azle Manor Nursing Home. Fred, as he was best known, was born December 22, 1933, in Valley Mills, Texas and has resided in Azle for the last 50 years. A memorial will be held on Saturday, February 19, at 3:30 PM at First United Methodist Church of Azle. Interment will be at Dallas-Fort Worth National Cemetery on April 4, 2022. Fred had a love for travel, sports, and serving his community. He enjoyed traveling all over the world with family and friends. He never met a stranger he couldn’t turn into a friend. His love for football led to him receiving a scholarship at the University of Texas at Austin. He was also a huge fan of the Dallas Cowboys and Texas Rangers. In addition, he was a member of the Azle Rotary Club where he served as president for two years. He began his career in education in 1955 and after 39 years, he retired. He had a wide array of responsibilities including, assistant football and basketball coach at Ranger Junior College, boys’ and girls’ basketball coach at Morgan ISD, head football and basketball coach at Copperas Cove ISD, athletic director, and head football coach at Granbury. From there he moved on as the athletic director and head football coach at Andrews ISD and assistant football coach at Western Hills High School in Fort Worth. He finished his career in Azle ISD where he coached football, was vice principal at Azle High School, and principal at Walnut Creek and Silver Creek elementary schools. The highlight in his coaching career was leading the Granbury Pirates to the 1966 Class AA state championship game. Fred was also a veteran of the U.S. Army and also retired at the rank of Colonel from the U.S. Air Force Reserve. Fred had a great sense of humor, a booming laugh, a servant’s heart, and wasn’t afraid to speak his mind. He was a loyal and loving son, brother, friend, husband, father, and “Papa.” He leaves a lasting legacy in his family, friends, and community, and he will be greatly missed by all. Fred was preceded in death by his first wife of 43 years, Joyce Anderson Weir; his parents, John and Gladys Weir; brother, David Weir; sister, Lola Fay Parker; and daughter, Charlotte Weir Orr. He is survived by his wife of 23 years, Mary Talana Weir; sister Doris Graves (Dee Horton); brother-in-law John (Cheryl) Hadsell; daughter Sharon (Ricky) Connot; son-in-law Rick Orr; Tasha (Martin) Burleson-Estrada and Chance Burleson; grandchildren, Kayla (Christopher) Ponzio, Lance (Laura) Connot, and Tanner (Pam) Connot; Pierce and Skylar Burleson; great-grandchildren, Sloane and Rhett Ferrell, Kynli and Kellan Connot, Lexi Walker, Luna and Granger Burleson, along with many nieces and nephews and cherished friends. In lieu of flowers, donations can be made to First United Methodist Church or the Azle Rotary Club

John Fred Weir, Jr., 88, passed away on January 2, 2022, at Azle Manor Nursing Home. Fred, as he was best known, was born December 22, 1933, in Valley Mills, Texas and has resided in Azle for the last 50 years. A memorial will be held on Saturday,... View Obituary & Service Information

The family of Col John Fred Weir Jr. created this Life Tributes page to make it easy to share your memories.

Send flowers to the Weir family.