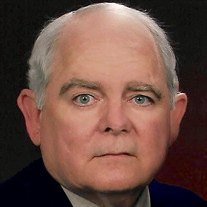 Joe Harold Benton passed away quietly and peacefully in the early hours of the morning of January 16th, 2019. He was 69 years old. Joe was born on November 19, 1949, to Lavonne Rogers Tomlin and Jack Walton Ray Benton. He grew up in Fort Worth, TX, and Anson, TX, and resided in Burleson, TX, for the last 43 years of his life. Joe was married to Lucy Benton, who preceded him in death 3 weeks ago on Christmas morning after a long battle with cancer. They had been married for 48 years. Joe was enlisted in the army as a young man. After an honorable discharge for a family emergency, he became a painter and then a foreman. He managed a large paint contracting company in Fort Worth for many years. He was a hard worker who loved being outdoors, constantly building things and gardening at home as well as raising farm animals. He loved music, especially country, gospel, and old church hymns. He became a Christian after meeting Lucy and he actively sang in choir at their church, Crestmont Baptist of Burleson, as well as being a frequent soloist there. He was also a guitarist and singer in a gospel band for some years. Fishing was his favorite hobby. He especially loved catfish fishing. He caught fish at lakes all over Texas and the Gulf. Lucy accompanied him on hundreds of these trips. Joe faced enormous challenges over the course of his entire life, especially with major health issues. He had to overcome things that many people never even imagine. Along with his sorrows, he also had great victories. He found his life-long love with Lucy. He found hope of salvation through placing his faith in Jesus as a young adult. Those two things sustained him through the ups and downs he and Lucy faced together. He loved and was proud of his daughters and grandchildren and great-grandchildren. He used the talents that God had given him to bless others through music and he enjoyed teaching children’s Sunday School for many years with his wife. On the last days of his life, he talked about Lucy a lot, how much he loved and missed her, what a good wife and mother she was, and he talked about going to see Jesus. When he talked about heaven, he had a sweet gratitude and amazement that he was going to get to be there soon, and looked forward to hearing the singing. Joe is preceded in death by his wife Lucy Elaine Benton. Joe is survived by daughter Tana Agudelo and husband Alvaro of Fort Worth, TX, Kristina Goodloe of McDade, TX, daughter Charlotte Stotts and husband Jason of Irving, TX, 13 grandchildren and 16 great-grandchildren, and brother Jesse Tomlin and wife Mitzi of North Richland Hills, TX.

Joe Harold Benton passed away quietly and peacefully in the early hours of the morning of January 16th, 2019. He was 69 years old. Joe was born on November 19, 1949, to Lavonne Rogers Tomlin and Jack Walton Ray Benton. He grew up in Fort... View Obituary & Service Information

The family of Joe Harold Benton created this Life Tributes page to make it easy to share your memories.

Joe Harold Benton passed away quietly and peacefully in the early...

Send flowers to the Benton family.