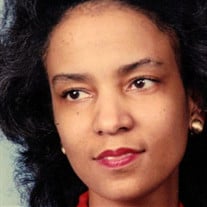 Iris Patricia Austin was born November 14, 1952, in Wilmington, North Carolina, to James and Beatrice “Doll” Austin. Iris graduated from Morgan State College in 1975. She was a proud graduate of her historically African American University and enjoyed attending local Alumni meetings. Iris knew that her gifting was teaching, since she was a child, and taught elementary school for over 30 years. She received many awards for her dedication, “Perfect Attendance”, “Teacher of the Year”, and “Outstanding Support”, just to name a few. Even after retiring from the Dallas Independent School District, Iris continued to substitute teach in Fort Worth, Texas, as she cared for her father, James N. Austin, Sr., who transitioned into Glory in May 2016. They attended many services together at Mount Pisgah Missionary Baptist Church. Iris adopted her daughter, Keisha, in 1989. Her testimony is that God placed a desire in her heart to adopt in the year of 1987; the year her daughter was born. It was always her intent and desire that one day Keisha would be reunited with her biological family. In 2004, Iris and Keisha found her birth family which gave Iris the opportunity to be a Godmother to Keisha’s four siblings. Iris’ desire, as a child, was to have a large family which God fulfilled through Keisha’s birth mother, Brenda Ross. Iris is best remembered for capturing photo memories; she would always say “just one more picture”. She showed love and celebrated her friends and family with Birthday Beacons. Iris enjoyed sharing scriptures and pictures on Facebook, handing out devotionals, and making t-shirts and other crafts for her loved ones. Iris obtained her new assignment in eternal worship on February 5, 2017. She was diagnosed with Multiple Myeloma, bone cancer, in December of 2015. Even after being diagnosed with this terminal illness, she retained a peace and joy that was only from her relationship with Jesus Christ. Iris’ last few words to Keisha, who shared her final moments, included “Trust God”. Iris’ desire was that God received the Glory and Honor for her earthly assignment. Iris was preceded in death by her parents, James Nelson Austin, Sr. and Beatrice Austin, niece, Ashanti Monique’ Austin, and Godson, Frank Ross. She is survived by her daughter, Keisha Austin, her brothers, James N. Austin, Jr. and wife Gloria, Rennard C. Austin and wife Joanie, Goddaughters, Ayesha Davis and Melanie Ostrove, nieces, Dr. Tara Reed, Tanya Hailey, Jimeka Martin, Jacque Martin, and Jenelle Sutton, nephews, James N. Austin, III and Christopher Austin, many great nieces, nephews, cousins, and countless friends, whom she loved dearly.

The family of Iris Patricia Austin created this Life Tributes page to make it easy to share your memories.

Send flowers to the Austin family.