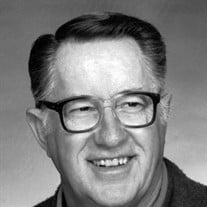 FORT WORTH -- Edward Eugene "E.E." "Gene" Carlton passed away Friday, Jan. 6, 2017, in Arlington at the age of 83. Memorial service: 11 a.m. Saturday, Jan. 14, at Laurel Land Chapel of Chimes. Gene was born Oct. 29, 1933, in Joshua in the family home, which is still standing. He grew up in Fort Worth and raised his family in Irving. He and Dorothy retired to Edgecliff Village for 20 years. They recently were residents of Pecan Park Assisted Living in Arlington. Gene was a graduate of Pascal High School and Texas Christian University in Fort Worth. A lifelong athlete, he played basketball at TCU and graduated with a degree in business management. He started his career with IBM, working as a systems analyst for 16 years, spent 13 years as assistant director of Personnel at the City of Dallas, and then served in city management positions in the Texas cities of Farmers Branch, Cleveland, and Madisonville before retiring in 1993. In addition to many other professional activities, he served on the board of directors of the Dallas City Employees Credit Union for 12 years and was president of the North Texas Chapter of the International Personnel Management Association from 1984-1985. Gene's great love, next to his family, was golf. In his prime, he carried a single digit handicap and accumulated a large collection of trophies. He and Dorothy traveled throughout the United States, playing beautiful courses along the way. Gene was a loving father and good provider for his family. He loved to laugh and make other people laugh. He was baptized at Morningside Christian Church in Fort Worth and enjoyed saying "I was a Christian until I married Dorothy, now I'm a Baptist." He was a longtime, faithful member of North Irving Baptist Church and Wedgwood Baptist Church. He was most recently a member of Travis Avenue Baptist Church. Gene was preceded in death by his parents, Bill Carlton Sr. and Ruby Wood Carlton Brewer; his sister, Shirley Carlton Eastman; and his infant grandson, Donovan Walker Floyd. Survivors: He is survived by Dorothy, his wife of 62 years; daughters, Liz Kinnan and husband, Roy, of Austin, Karen Wong and husband, Steve, of Grand Prairie, Paula Barton and husband, Rick, of Austin, Lory Floyd and husband, Phil, of Denver; seven grandchildren; five great-grandchildren; his beloved brother, Bill Carlton Jr. and wife, Ruby, of Burleson; and many friends and family. Guardian Funeral Home 5704 James Ave., 817-293-8477 View and sign guestbook at www.star-telegram.com/obituaries

The family of Edward Eugene Carlton created this Life Tributes page to make it easy to share your memories.

Send flowers to the Carlton family.