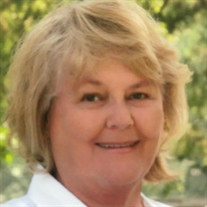 Edith “Grace” Banton O’Connor, 82, of Colleyville, TX passed away July 23, 2019, with loving family by her side. She is survived by her three daughters: Sharne Elise Hankey, (husband, Ricky) of Winnsboro TX.; Suzanne Grace O’Connor and Sheree Jennifer O’Connor of Colleyville, Tx. She is additionally survived by her four grandchildren; Jeffrey Lynn Hankey (wife, Heather), Christina Jo McCormack (husband, Adam), Bonner Gary Hankey and Mycole Grayson O’Connor (Cole), six great grandchildren, Preston Lynn Hankey, Brianna Nicole Hankey, Kaliegh Elise McCormack, Caden Lynn McCormack, Kyndel Brooke McCormack and Marissa Danielle Morris. Brothers Albert Banton (wife Pamela Joy), Bruce Banton (wife Maureen), Brian David Banton (wife Rosemary) all of Sydney, Australia. She was proceeded in death by her parents, brothers Bernard Banton, Teddy Banton and husband Laurence Thomas O'Connor. At family request, any donations to honor her memory may be sent to Light of Life International at 4360 Western Center Blvd. Ft Worth TX. 76137 for the purchase of bibles to Central America. She was born to parents Edith Alice Banton & Albert Edward Banton, December 13, 1936 in Cessnock, Australia. She graduated from Mac Arthur's Girls High School as "Ducks" or as know in USA as Valedictorian. She played on the state championship girls basketball team. She graduated Life Bible College Australia, with her Ministry Certificate, in 1959, again achieving the top academic spot as valedictorian and was ordained as a minister through Four Square. She completed her bachelor’s degree in Theology from Pacific Life Bible College in 2002. She married Laurence Thomas O’Connor in 1957 and they moved their family of three girls, to the United States in 1967. Grace was employed as an Accountant. She was a talented singer, songwriter and accomplished musician, playing the piano, ukulele, steel guitar and accordion. For ten years Grace read books for the Blind services in Dallas. Moving to Mesquite, TX. in 1974, she attended North Mesquite Assembly and Evangel Temple. She served as Pastor to Brentwood Nursing Home Center in east Dallas for 15 years. She was attending Bethesda Community Church. After the death of her father in 1994 she returned to Australia to assist in care for her Mother and to work on staff at Essington Christian Center, the church her father had started and to teach at Life Bible College. Her later years, after returning to USA she worked at O & P Services Inc, alongside her daughters in their family business. She was a breast cancer survivor of 15 years. She lived the last 15 yrs of her life with her daughters Suzanne, Sheree and grandson Cole. She was known as Grace, Little Gracie Banton, Loving Mom, Wife, Nan, Non-Non, Beautiful Grandmother Grace, Aunty Grace, Mother, Grandmother, Sister, Aunt, Pastor and friend. Her love for her family was only superseded by her love for Jesus Christ. She made her decision to follow him at the age of nine. She was a born-again believer, covered in the blood of Jesus. Herself professed spiritual gift was the gift of helps. Enjoy your mansion in Heaven Mom, we love you and will miss you greatly. “Grace to you and peace from God our Father and the Lord Jesus Christ, I thank my God in every remembrance of you.” Philippians 1:2-3.

The family of Edith "Grace" Banton O'Connor created this Life Tributes page to make it easy to share your memories.

Send flowers to the O'Connor family.