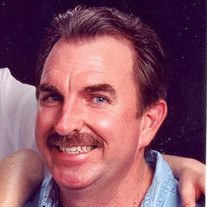 Todd was born on January 6, 1962 in Meridian, Mississippi, to Jack and Rebecca Joyner. He lived in York, Alabama until the age of 13, when his mother moved to Arlington, Texas after his father’s death. He graduated from James Bowie High School in Arlington, Texas in 1980. After graduation, he moved back to Emelle, Alabama to help his grandmother and to attend Livingston University for two years. He returned to Arlington, Texas in 1983, and met his future bride, Nanette Combs. They were married on July 12, 1986. Todd and Nanette had two sons: Tyler and Hunter. They are both graduates of Richland High School. Some of Todd’s happiest moments were taking his boys fishing and hunting, and coaching them in soccer and baseball. Tyler is currently serving in the U.S. Air Force. Todd passed away unexpectedly on March 5, 2016 from a heart embolism, at the age of 54. He is survived by his mother, Rebecca Dillard, stepfather, Kenneth Dillard, and two brothers, Jeff and Joey Joyner. He was preceded in death by his father, Jack Joyner, his grandparents: Payton and Hilda Hallman, and Melvin and Isa Joyner. Funeral services will be held at the Guardian Funeral Home, 5704 James Avenue, Ft. Worth, Texas on Friday, March 11, 2016 at 10:00 a.m. The family requests that in lieu of flowers, all memorials be sent to the Wounded Warrior Project.

Todd was born on January 6, 1962 in Meridian, Mississippi, to Jack and Rebecca Joyner. He lived in York, Alabama until the age of 13, when his mother moved to Arlington, Texas after his father&#8217;s death. He graduated from James Bowie... View Obituary & Service Information

The family of Mr Clifton Todd Joyner created this Life Tributes page to make it easy to share your memories.

Send flowers to the Joyner family.