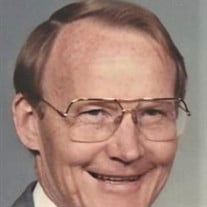 Clayton “Clay” Quattlebaum, 85, of Burleson, Texas, passed away on Friday, June 26, 2020. Clay was born in Searcy, Arkansas on May 27, 1935 to Coleman and Odie Quattlebaum. He served honorably in the United States Air Force. Clay earned his Master’s Degree in Education and was an Elementary School Teacher until his retirement. After retirement he served actively in Blackaby Ministries. Clay is survived by his loving wife of 62 years, Lois Quattlebaum; son and daughter-in-law, Barry and Rebecca Quattlebaum; daughter and son-in-law, Leslie and Kevin Galey; and five grandsons, Jacob Galey, Caleb Quattlebaum, Micah Galey and wife, Breanne, Jonathan Quattlebaum and Joel Galey; his brothers, Johnny Quattlebaum and wife, Linda, Bobby Quattlebaum and wife, Shirley; his sisters, Veta Lewis and husband, Redus, and Vita Havener and her husband, Buddy; as well as numerous nieces and nephews. His family and friends will celebrate his life on Sunday, July 5th in Fort Worth, Texas.

The family of Clayton "Clay" Quattlebaum created this Life Tributes page to make it easy to share your memories.

Send flowers to the Quattlebaum family.