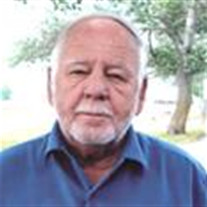 Bruce Oliver Behrendt passed away at his home early Saturday morning, September 10; 2016.He was born in Two Rivers, Wisconsin, in 1940 to Arthur Ernest Behrendt and Violet Elizabeth Lyons. He grew up in Two Rivers, Wisconsin, attending St. Lukes Catholic School singing in the Boys Choir traveling across the state performing at many churches, Holiday Masses and Milwaukee Braves baseball games. He graduated in 1958, from Washington High School and enlisted in the United States Air Force. He was stationed at Webb Air Force Base, 3650th Air Base Group in Big Spring, Texas, where he met his wife. Second class airman played and traveled with the baseball team to various air bases around Texas. After separating from the Air Force, Bruce and his wife moved to Wisconsin for three years. They returned to Texas living in Odessa. While working in the oil fields of West Texas during the day, Bruce attended Odessa College, San Angelo State University and became a member of the first graduating class of the University of Texas of the Permian Basin, 1974. Bruce was the first person to receive a diploma from the new university. He gave the commencement speech and received the Alumnus of the Year Award 1981. Bruce began his teaching and coaching career at Bowie Junior High and Ector Junior High, Odessa, Texas. He worked with the mentally challenged students at Blackshear Elementary School, Nimitz Junior High and Hood Junior High in Odessa, Texas. He set up a life skills/work program for students at Hood Junior High; taking them to locations such as the Salvation Army and Odessa Food Bank. He ended his career at Odessa High School initiating a girls’ golf program. He loved his golf girls. Go Bronchos! While living in Odessa, he was an active member of the Ector County Historical Society. He was instrumental in saving and refurbishing the White Pool House. He worked on preservation of the Parker House and the Henderson Drug Store. Other historical projects included the transporting and remodeling of the Pecos Depot while working for the H.S. (Duke) Samson Corporation. Bruce and Charolette were the first couple to be married in Holy Redeemer Catholic Church in August 1962, by the late Rev. J.G. Joly. AS a member of Holy Redeemer Catholic Church, Bruce served with various parish organizations which included the steering committee that over saw with the planning, designing and construction of the growth and expansion of the new church, rectory and classrooms. In 1972, Bruce was a member of the church board that was forming a Parish Council and helped write and put into practice the Council by-laws. He was always around when it was time to organize the Fall Festival. He was famous for his Heavenly Hot Dogs and his corn on the cob. Since his retirement to Granbury, Texas, his passion has been serving with the Indian Harbour Men’s Club. Many close friendships and brotherly relationships developed. Thanks to these wonderful people and their families, Bruce was remembered in a memorial celebration at the Indian Harbour Marina on September 10th. Their memories that were shared, gave Bruce a send-off not to be forgotten by his family. The service represented how he had deeply touched the lives of those he met. In his personal life, Bruce was a lifetime Green Bay Packers Fan. First, enjoying the game with his family and friends. Later, he was able to enjoy and root for the Pack with his daughter who now carries the green and gold torch; each owning one share of stock. He was always working crossword puzzles. He was a “razor sharp” trivia buff in any subject, especially John Wayne and music. His passion for wood of any kind kept him always in his work shop creating. Bruce was preceded in death by his parents, an infant brother and an older brother, Darryl A. Behrendt, Mishicot, Wisconsin. He is survived by his wife of 54 years, Charolette June Cooper Behrendt, of Granbury, Texas. Sons, Gregory B. Behrendt and wife Cindy, of Cedar Park, Texas, Bradley J. Behrendt and wife Cheere of Odessa, Texas; daughter, Rachel Huffman and husband Gregory, of Grape Creek, Texas; two beautiful granddaughters, Kali Elizabeth Behrendt of Odessa, Texas and Madeleine Claire Behrendt, of Cedar Park, Texas; two brothers, Garth (Bud) E. Behrendt and wife Dianne of Lansing, Michigan, Kip E. Behrendt and wife Elizabeth of De Pere, Wisconsin; two sisters, Kay M. Feest and husband Larry, Meri Dee Lemberger and husband James; sister-in-law, Marlene Behrendt of Mishicot; four nieces, fourteen nephews, and twenty four great nieces and nephews and 1 great-great nephews. Services to be held in Odessa, Texas, at a later date. Family asks that memorials be given to the charity of your choice.

The family of Mr. Bruce Behrendt created this Life Tributes page to make it easy to share your memories.

Bruce Oliver Behrendt passed away at his home early Saturday...

Send flowers to the Behrendt family.