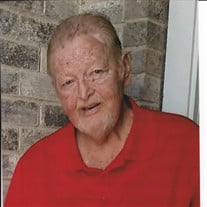 Billy Joe Wright, 72, of Fort Worth, Texas, passed away Friday June 16, 2017. Bill graduated from Lake Hamilton High School. He married Linda Weston on September 29, 1963, in Hot Springs, Arkansas. Bill worked as a fire chief for Great Lakes Chemical. Bill was a member of Hallmark Baptist Church and he had a passion for his family, especially his grandkids and great-grandkids. Mr. Wright is preceeded in death by his parents, William Henry and Betty Jo Hampton Wright. Bill is survived by his wife of 53 years Linda, three children: daughters Karen Wright of Fort Worth, Kim (Charles) Hays of Strong, Arkansas and son Kevin Wright also of Strong, Arkansas, eleven grandchildren and nine and a half great-grandchildren, three sisters Wanda (Lonnie) Weatherford, Nancy (Mike) Ford, Becky Cooper and brother Alan Wright all of Gurdon, Arkansas. Bill is also survived by his many “adopted” grandchildren, aunts, uncles, nieces, nephews, and friends. Services are under the direction of Guardian Funeral Home of Fort Worth and will be on Tuesday June 20, 2017 at 11:00 AM at Hallmark Baptist Church with Visitation prior to service at 10:00 AM. Burial will follow at Laurel Land Memorial Park.

The family of Billy Joe Wright created this Life Tributes page to make it easy to share your memories.

Billy Joe Wright, 72, of Fort Worth, Texas, passed away Friday...

Send flowers to the Wright family.